Located along the Santa Clara River, Santa Clara City was settled by Jacob Hamblin in 1854 and incorporated in 1915. Over the years Santa Clara became famous for its fruit and produce production. Numerous fruit stands lined the street through the City, providing an outlet for the crop production in the area. After Highway 91 was abandoned in favor of the Freeway (I-15), the fruit stands declined and most of them have now disappeared. In 2007, the City of Santa Clara completed a $10,000,000 historic downtown streetscape renovation project geared at initiating new “life” and vitality in the downtown area. The City can best be characterized as suburban in nature since many city residents commute to work in the City of St. George and other nearby business areas. Santa Clara has a rapidly growing population, estimated currently at 8,000 residents. The St. George metro area, of which Santa Clara is a part, was recently ranked as the fastest growing community in the United States in a recent U.S. Census report. The City’s population has grown nearly 100% since the 2000 census. Santa Clara’s Annual Swiss Days Celebration is truly a home-town celebration full of history and fun! Santa Clara celebrated its first Swiss Days in 1990 in tribute to the town’s heritage in which Swiss Pioneers settled in Santa Clara in 1861. 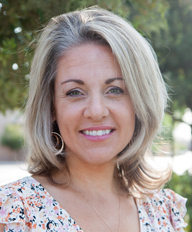 The Broker, Heather Yuman has been doing Real Estate and Property management for over 10 years. Our business started in the Las Vegas valley over 12 years ago and have grown to one of the largest Property Management companies in the valley. We are now taking that skill and professionalism to Utah.